Boni, Zack & Snyder are co-counsel in an antitrust class action on behalf of hospitals against Intuitive Surgical, Inc in the U.S. District Court for the Northern District of California, In re Da Vinci Surgical Robot Antitrust Litigation, No. 3:21-cv-03825-VC. The plaintiffs allege that Intuitive ties the sale of replacement instruments (known as EndoWrists) and service contracts to the purchase of a da Vinci surgical robot, forcing hospitals to pay more for those parts and services than they would in a competitive market. BZS is actively involved in litigating the matter, which is currently in discovery.

BZS is pleased to announce that a $61.6 million settlement In re Interior Molded Doors Antitrust Litigation was granted final court approval in July 2021, and settlement payments were made to the claimants in December 2021.

BZS is pleased to announce that Mike Boni, Josh Snyder and John Sindoni were selected to the 2022 Pennsylvania Super Lawyers list. Less than 5% of all Pennsylvania attorneys are selected. The Super Lawyers list is issued by Thomson Reuters. A description of the selection methodology can be found at https://www.superlawyers.com/about/selection_process_detail.html. No aspect of this announcement has been approved by any court.

The Committee holds periodic meetings on topics of interest to antitrust practitioners and organizes longer programs on antitrust law. The longstanding interest of the Committee in developments in antitrust law reflects the significant part local attorneys have played over the years in influencing the evolution of this area of the law.

BZS joined the Committee to Support the Antitrust Laws (COSAL). As described on its website (cosal.org), COSAL "was established in 1986 to promote and support the enactment, preservation, and enforcement of a strong body of antitrust laws in the United States. It is the only organization in the U.S. that is dedicated to lobbying for strong antitrust laws and effective private enforcement."

The firm is proud to announce that Ben Eichel has become partner. Hired in January 2021, Ben has skillfully worked on the Generic Pharmaceuticals Pricing Antitrust Litigation, Pennsylvania Coordinated Opioids Proceedings, an intellectual property licensing dispute, and a wage and hour claim against a large tech company, which settled this month. In addition, Ben represents clients in complex breach of contract, arbitration, and international matters. Please see Ben’s bio here.

We are pleased to announce the adding of new Of Counsel Ben Eichel to the team. Ben is a veteran of Pepper Hamilton and Archer & Greiner, and will work primarily on BZS’s antitrust and public sector matters. Please see Ben’s bio here.

BZS is pleased to announce that all three of its partners, Mike Boni, Josh Snyder and John Sindoni, were selected to the 2021 Pennsylvania Super Lawyers list. Less than 5% of all Pennsylvania attorneys are selected. The Super Lawyers list is issued by Thomson Reuters. A description of the selection methodology can be found at https://www.superlawyers.com/about/selection_process_detail.html.
No aspect of this announcement has been approved by any court.

Boni, Zack & Snyder recently filed class action lawsuits on behalf of restaurants and other businesses impacted by the COVID-19 pandemic against insurance companies, including Erie Insurance Exchange and Sentinel Insurance Co. (a subsidiary of The Hartford Financial Services Group), that have denied coverage under business interruption policies intended to indemnify policyholders for lost income and profits if their businesses were shut down.

BZS is pleased to announced that the In re Interior Molded Doors Antitrust Litigation has settled for $56 million. BZS is one of two interim lead counsel. The hearing on Plaintiffs’ motion for preliminary settlement approval is schedule for October 8, 2020.

BZS is pleased to announce that all three of its partners, Mike Boni, Josh Snyder and John Sindoni, were selected to the 2019 Pennsylvania Super Lawyers list. Less than 5% of all Pennsylvania attorneys are selected. The Super Lawyers list is issued by Thomson Reuters. A description of the selection methodology can be found athttps://www.superlawyers.com/about/selection_process_detail.html. No aspect of this announcement has been approved by any court.

In 2015, Mr. Snyder and the Pennsylvania Innocence Project won a new trial for their client Teri Smallwood, who had been convicted in 1972 of starting a fire that killed two people despite there being no physical evidence or eyewitness testimony directly linking her to the crime.  In vacating her conviction, the Court held that the revolutionary changes in fire science since her conviction constituted newly discovered evidence that could have altered the outcome of her trial.  After 42 years of incarceration, Ms. Smallwood was released on bail pending the Commonwealth's appeal and a potential new trial.   In April, 2018, the parties reached an agreement ending Ms. Smallwood’s case, and ensuring that Ms. Smallwood will remain a free woman. 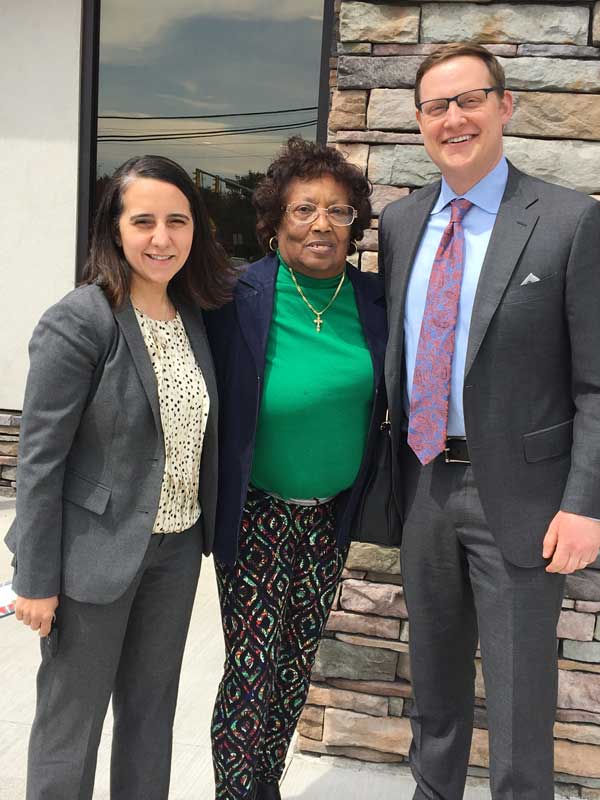 The firm is pleased to announce that Joshua Snyder has been made a name partner. The firm is now Boni, Zack & Snyder LLC.

The Firm Retained in Cases Related to Opioids Epidemic

The firm has been retained to represent Bucks and Clinton Counties, PA, in connection with the Opioids Epidemic.

Mr. Boni is winding down his two year tenure as President of the Eastern Pennsylvania Board of Directors of the Jewish National Fund. He steps down in October 2015.

Boni & Zack is pleased to announce the addition of John E. Sindoni and Julie Fuchs as counsel to the firm. Please review their bios in the "Lawyers" section of this site.

Mr. Boni was retained to represent Victim 1 and his mother in potential civil litigation against Jerry Sandusky and others. In connection with his representation, Mr. Boni appeared on numerous television news shows and was quoted in many newspaper articles about the Penn State University story. See, e.g.:

Apple Sued Over Fees For Virtual Products In Games

Mr. Boni the Subject of Penn Law Journal Story on Copyright Law in the Digital Age

Mr. Boni was the subject of the Fall 2010 cover story in the Penn Law Journal, entitled, "The New Digital Divide"

Mr. Boni was presented with The Equal Justice Award by Community Legal Services of Philadelphia, where he served on the Leadership Council.